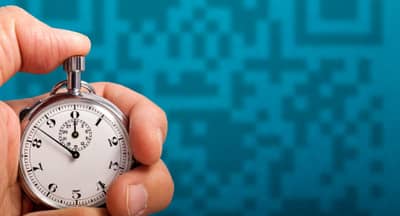 Researchers from the IBD program at UC Berkeley, California did some market research for us last year. One section of the report they submitted included the results of a mystery shopping experiment conducted to find out how SaaS companies respond to inbound leads.

The research team signed up for free trials with six of the most important and popular sales solution providers. Overall, there was not much emphasis put by these companies on contacting the lead via phone. Rather, the companies resorted to email drip campaigns to further engage customers.

Four of the forms were submitted on a Monday, and the other two on Saturday. None received an instant response on the same day. The first couple of emails were received the following day on Tuesday, while the rest were spread from Wednesday through to Friday.

We feel that this was done in an effort to further qualify the customer before a salesperson spends the time to reach out by phone. In fact, three of them never called. The three companies that did call, did so two days after the research team signed up for the free trial.

This tangibly showed the lead response vs. qualification issue.

But both Sales and Marketing share responsibility for some portion of the lead qualification process, resulting in unclear culpability for low quality leads which demoralizes front line salespeople with quota pay at stake that impacts their livelihood.

Why does instant response matter?

According to the survey results, over 38% believe that both fast response for inbound leads and lead qualification are equally important. While it’s important to qualify leads before it gets the attention of a salesperson, the delay in response from sales increases the probability of more leads being left unattended and poached by the competition.

The IBD report cites a study conducted by Harris Interactive, which says that 75% of customers feel that it takes too long to reach a live person. Instant response allows businesses to shine in this category, providing buyers with the instant gratification of an immediate human interaction, leading to a positive first impression.

The interviewees that the IBD team talked to who did value fast response in products with long sales cycles recognize the important psychological effect of anchoring ­ the theory that consumers will be biased towards the first information that they hear when making subsequent decisions.

To paraphrase one interviewee from Sift Science, a U.S. fraud protection SaaS company: “In a competitive ​ environment, being first matters a lot since it drives how that prospect thinks about buying the product. Their mental model is framed about how to view the world and being first gives you an edge to set the stage.”

This aligns with a separate sentiment that arose prevalently during these conversations: relationships still matter in the sales process. Even if the conversion is not immediate, a conversation can assist in truncating the timeframe to conversion.