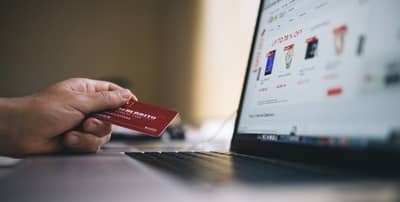 One of the biggest challenges that small startups face in competitive segments with large established players, such as the U.S. SaaS segment, is to be able to project a strong brand image that is on par with that of a large and established company.

Our research says that the ability to respond to leads ahead of the competition gives our customers a considerable advantage in a highly competitive market. Why is this? Being first to contact a customer facilitates emotional purchase decisions, and in this post we’re going to establish this with the help of two chickens. Yes – that’s right! Chickens…

When a lead is first contacted, they may not know what they are looking for. By contacting the lead before the competition does, you are able to shape the conversation and become a source of knowledge for that customer’s sales journey. It is advantageous for a small SaaS company to tell potential customers what they need to be thinking about, and influence the customer’s values in your SaaS product’s favor.

This means making sure that the company’s unique product offerings are seen as crucial to the customer’s success. From this point on, any interaction between the lead and the competition will be compared to the benchmark set by the first one to respond.

A tale of emotional connections with two chickens

To illustrate this point, Professor Raj Raghunathan of the University of Texas McCombs School of Business conducted a study showing that, while buyers do care about comparing product features between competitors for their purchase decision, much of their decision is actually based on an emotional connection.

The intention of the study was to come out with an answer to the most fundamental question in understanding customer behavior – do consumers make choices based on logic or emotions? For this, they came up with an experiment where they showed the participants two photos – a plump chicken in one and a thin and sickly one in the other.

Half of the audience were told that the plump chicken was a natural chicken, hence they are healthy but less tasty. On the other hand, the thin chicken, since genetically engineered, are more tasty but less healthy. They gave the exact opposite story to the other half of the participants.

The final outcome of this little experiment was that both sets of participants expressed a preference for the nice plump chicken, but gave different justifications. While the first group claimed it was due to their priority of health over taste, the second group said it was because taste was more important to them.

Neither of the groups justified their choice based on how they felt about the chicken’s looks. They just felt compelled to justify their emotional choices with non-emotional reasons, to the point that the two groups found completely opposite ways to justify the same decision.

From a marketing perspective, this means that Lucep’s ability to respond first can be hugely advantageous because once the lead decides that they like your unique product feature, then it will be hard for the competition to overcome that mindset.

These feelings were also conveyed while interviewing Sarfaraz Rhydan of Sift Science, a startup fraud prevention company. To reference again his relevant quote from the previous insights section: “In a competitive environment, being first matters a lot since it drives how that prospect thinks about buying the product. A mental model is framed about how to view the world and being first gives you an edge to set the stage.”

Additionally, the advantage of fast response is making sure the SaaS company is one of the solutions being considered in the purchase decision. Typically, when a buyer is looking for a solution, they will reach out to multiple product vendors to learn more about the company’s value offerings, pricing structure, etc.

For example, if the customer reaches out to 10 SaaS companies, they will likely not consider all 10, but rather limit their search to the first few to respond. Being the first to contact the customer guarantees a spot as one of the select few products seriously considered by the buyer.

Another great thing about the emotional positioning approach is that you can apply it regardless of geography and culture. Emotional messaging is capable of transcending language, race, culture and other differences since it appeals to consumers at a more basic emotional level that your usual marketing messages are able to achieve.